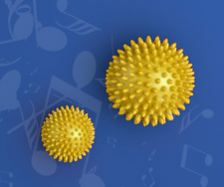 LONDON — On a recent afternoon, the singing coach Suzi Zumpe was running through a warm-up with a student. First, she straightened her spine and broadened her chest, and embarked on a series of breath exercises, expelling short, sharp bursts of air. Then she brought her voice into action, producing a resonant hum that started high in a near-squeal, before sinking low and cycling up again. Finally, she stuck her tongue out, as if in disgust: a workout for the facial muscles.

The student, Wayne Cameron, repeated everything point by point. “Good, Wayne, good,” Zumpe said approvingly. “But I think you can give me even more tongue in that last bit.”

Though the class was being conducted via Zoom, it resembled those Zumpe usually leads at the Royal Academy of Music, or Garsington Opera, where she trains young singers.

But Cameron, 56, isn’t a singer; he manages warehouse logistics for an office supplies company. The session had been prescribed by doctors as part of his recovery plan after a pummeling experience with Covid-19 last March.

Called E.N.O. Breathe and developed by the English National Opera in collaboration with a London hospital, the six-week program offers patients customized vocal lessons: clinically proven recovery exercises, but reworked by professional singing tutors and delivered online.
While few cultural organizations have escaped the fallout of the pandemic, opera companies been hit especially hard. In Britain, many have been unable to perform in front of live audiences for almost a year. While some theaters and concert venues managed to reopen last fall for socially distanced shows between lockdowns, many opera producers have simply gone dark.

But the English National Opera, one of Britain’s two leading companies, has been trying to redirect its energies. Early on, its education team ramped up its activities, and the wardrobe department made protective equipment for hospitals during an initial nationwide shortage. Last September, the company offered a “drive-in opera experience,” featuring an abridged performance of Puccini’s “La Bohème” broadcast over large screens in a London park. That same month, it started trialing the medical program.

In a video interview, Jenny Mollica, who runs the English National Opera’s outreach work, explained that the idea had developed last summer, when “long Covid” cases started emerging: people who have recovered from the acute phase of the disease, but still suffer effects including chest pain, fatigue, brain fog and breathlessness.

“Opera is rooted in breath,” Mollica said. “That’s our expertise. I thought, ‘Maybe E.N.O. has something to offer.’”

Tentatively, she contacted Dr. Sarah Elkin, a respiratory specialistat one of the country’s biggest public hospital networks, Imperial College N.H.S. Trust. It turned out that Elkin and her team had been racking their brains, too, about how to treat these patients long-term.

“With breathlessness, it can be really hard,” Elkin explained in an interview, noting how few treatments for Covid exist, and how poorly understood the illness’s aftereffects still were. “Once you’ve gone through the possibilities with drug treatments, you feel you don’t have a lot to give people.”

Elkin used to sing jazz herself; she felt that vocal training might help. “Why not?” she said.

Twelve patients were initially recruited. After a one-on-one consultation with a vocal specialist to discuss their experience of Covid-19, they took part in weekly group sessions, conducted online. Zumpe started with basics such as posture and breath control before guiding participants through short bursts of humming and singing, trying them out in the class and encouraging them to practice at home.

The aim was to encourage them to make the most of their lung capacity, which the illness had damaged, in some cases, but also to teach them to breathe calmly and handle anxiety — an issue for many people working through long Covid.

When Cameron was asked if he wanted to join, he was bemused, he said: “I thought, ‘Am I going to be the next Pavarotti?’”

But Covid-19 had left him feeling battered, he said; after he was discharged from hospital, he’d had to make several visits to the emergency room, and was prescribed months of follow-up treatment for blood clots and respiratory issues. “Everything I did, I was struggling for air,” he said.

He added that even a few simple breathing exercises had quickly made a huge difference. “The program really does help,” he said. “Physically, mentally, in terms of anxiety.”

Almost as important, he added, was being able to share a virtual space and swap stories with other sufferers. “I felt connected,” he said.

Alongside the weekly classes, he and the other participants were given access to online resources including downloadable sheet music, refresher videos — filmed on the English National Opera’s main stage — and calming Spotify playlists.

For the singing element, the tutors had the idea of using lullabies drawn from cultures around the world — partly because they are easy to master, said Ms. Zumpe, partly because they’re soothing. “We want to build an emotional connection through the music, make it enjoyable,” she said. “It’s not just physical.”

And how was Cameron’s singing now? He laughed. “I’m more in tune,” he said. The program had helped him reach high notes when singing along in the car, he added. “Having learned the technique, you can manage much better,” he said.

Elkin said that other participants had also reported positive effects, and she had commissioned a randomized trial to deepen clinical understanding — not least because it would help convince colleagues doubtful about complementary therapies and so-called “social prescribing.”

“Some people think it’s a bit touchy-feely,” she said. “They want evidence.”

Nonetheless, the program is being expanded to post-Covid clinics elsewhere in England, supported by charitable donations and free to anyone referred by a doctor. The aim is to take in up to 1,000 people in the next phase, the opera company said in a statement.

It wasn’t just patients and clinicians that had benefited, Mollica said: E.N.O. Breathe had also given musicians and producers at the company something to focus on during a bleak time. “Everyone’s found it really motivating,” she said. “It’s fantastic to realize that this skill set we have is useful.”

Though Cameron wasn’t back to full health, he said, he had recently had a snowball fight with his daughter, a level of exertion that would have been unthinkable a few months earlier. “I’ve got far more confidence than I did,” he said. “That dark feeling has disappeared.”

He added that the program had also done something immensely valuable: taught him how to breathe. “Until Covid, I took breathing for granted,” he said. “So it’s a blessing, in a way.”